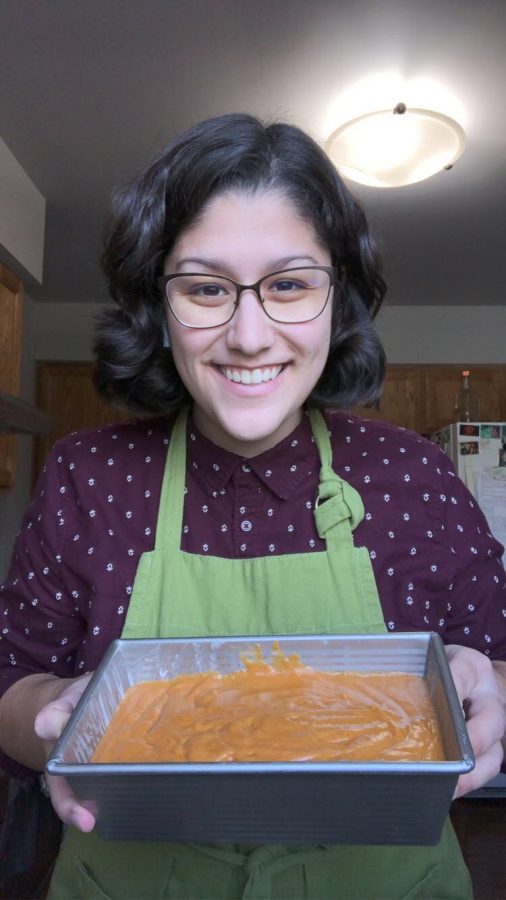 While on vacation in July 2020, Elena Espinoza received a call from ELPS saying they were interested in hiring her. Afraid the call was going to drop, she picked up as soon as she could.

This fall, Espinoza, an ELA teacher, is a new face at ELHS. Espinoza is a recent graduate of Michigan State University, majoring in English and education.

This year is Espinoza’s first year teaching, and she is tasked with teaching English I, Pre-AP English III and Multicultural Literature, which will change to Film as Literature in the second semester. For Espinoza, these classes provide her an opportunity to teach students diverse literature, and to see themselves in the content they study. Her goal is to bring in more LGBTQ+ and authors of color, experiences that are usually outside the typical curriculum.

“[I want to] give [students] opportunities to explore their interests,” Espinoza said. “And to see themselves in the content that they study.”

For Espinoza, teaching at a more diverse school is exciting, especially because she is biracial; half Latina and half white, and attended the predominantly white Hartland High School.

“Being able to teach in a school district that is a lot more diverse racially [and] culturally, in pretty much every way, is awesome,” Espinoza said. “I get to learn so much from [students], and it’s a lot more welcoming and open.”

Espinoza was excited when staff reached out by text or email to introduce themselves to her. Students have been more shy, but Espinoza has adapted by making get-to-know-you activities and small things like going over favorites before class starts.

“[Students] have made me feel like I’m already part of the community,” Espinoza said. “We’re only what, a month into school? That’s amazing.”