“I wish I could have said something”

Latina junior reflects on experience with racism that dates back generations 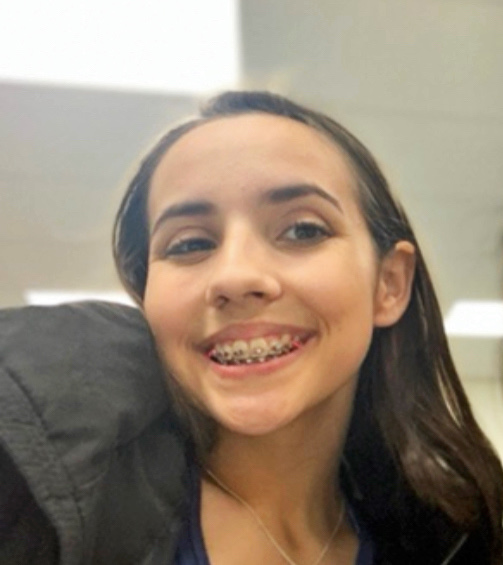 The first time anyone had ever called me a “beaner” was in elementary school. It was early, before school started at Whitehills Elementary. My friend and I were just having a conversation and he said it while laughing. I thought that it was a joke, and because I didn’t realize I was being insulted, I would laugh along.

Eventually, I grew up and questioned what it meant. At first, my mom was angry that I hadn’t told her what had happened, the incident having happened years ago. She had frowned at me in disappointment, frowned at my ignorance, her eyes slightly closed and her jaw clenched.

Once she realized that I simply didn’t understand, she sat across from me with her legs and arms crossed and she explained that it is an insult for Hispanics and Latinos. Despite her soft tone combined with harsh truths, I still didn’t understand immediately. When I sat down alone in my room it started to sink in that this is my reality: insulted from childhood because of my heritage.

Realizing this, I asked various members of my family “what is a common slur you’re called?” and about 90% of the responses I got were “beaner” and spic.” Growing up, my uncle told me stories about his past. We would sit down alone in a quiet area of the house and he would tell me about how nobody wanted to be his friend at an Eaton Rapids Northwestern elementary school because he wasn’t white. They would say that he smelled bad and that he was poor. But – the claims simply weren’t true—my grandparents would force him to get in the shower daily, they made sure everyone was fed and had clean clothes for the next day. Despite the fact that he was Latino, every once and a while they would follow him home calling him the “N” word. Instead of being able to stand up for himself he had to shut down and keep it to himself because he felt like nobody was on his side.

As the bullying still continued he finally reached his breaking point. He was tired of not sticking up for himself and wanted it to stop. He was beginning to get a bad temper so he fought back physically. After that, the bullying stopped.

In retrospect, it seemed like they were stereotyping him as a “smelly and poor hispanic.” This is not the only stereotype that affects people like me and my family. We’ve heard before that living in the U.S. means we’re here illegally, that most men are criminals or in a gang, lazy, dirty, and physically unattractive. These stereotypes are hurtful and demeaning. They cause lasting damage and affect our self worth and confidence.

My uncle would tell me only small details because he doesn’t like to talk about it. He says it brings too many bad memories and it still gives him anxiety to this day just thinking about it.

But sometimes the abuse isn’t obvious or with malicious intent, like it was with my uncle..

Once, I was shopping with my grandpa in the Kroger on Lake Lansing road and I noticed a white woman with short brown hair, a white skirt, and a blue button up blouse glancing at us. We were in the bread aisle and she was behind us, her head was slightly to the side as if she was thinking hard about something. It took her a minute or two to decide to approach and when she did, she seemed hesitant. I’m used to getting weird looks while I’m with my grandpa so the situation didn’t alert me immediately. When I get those looks I assume it’s because I am a lighter skin tone than my grandfather and, sadly, people will question if I’m okay. When she was a few steps away, she spoke.

“Excuse me, I’m sorry- I just have to ask, which part of Mexico are you from?”

At first, I was astonished. I thought I heard her wrong and was taken aback so I turned to my grandpa for confirmation. He had a defeated look in his eyes. I thought, “Did she really just ask you that?” When we got back in the car he didn’t say much the whole drive home and I noticed that he seemed really down—he was tensing his shoulders up and it almost looked as if he wanted to cry. I felt offended too, even if the question wasn’t pointed towards me, because that’s my family and I love him.

The question was offensive itself, but the context aggravated the situation. The woman didn’t introduce herself or try to have a conversation or treat us like people- she just wanted to sate her curiosity. I believe that asking a stranger something like that just because you’re curious is not okay. But the question itself was still hurtful- she didn’t know if we were even from Mexico she just assumed based off of a skin color and accent, and the apology that preceded it didn’t change the effect the question had on us. I am lucky enough that I’m not asked those kinds of questions on a daily basis, or whenever I’m out in public. But for me, the aftermath of that grocery store incident was that I began to do my own research.

But looking at it from the other person’s perspective, it’s tearing down the only part of me that really makes me feel safe and feeling safe in my own skin is all I could ask for. White people have the privilege of being comfortable in their skin because they’re born into a society that deems them “right”—the same one that deems mine wrong.

In large I.C.E. detention facilities they are separating families and holding them in inhumane conditions; including an unknown visiting physician who described it as “extremely cold temperatures, and lights on 24 hours a day” this was located in a facility in Texas. Women there were also told to drink from the toilet bowls because of lack of water supply. Combined, these conditions lead to death for people who were just trying to seek asylum or improve their livelihoods.

I sympathize because the people that are in there are like me—they have names, pets, families and jobs. I sympathize with everyone kept there because it could happen to someone that I know and thinking about that is very frightening—there’s no guarantee that you will see your family ever again and I know how much mine means to me.

Everyone contributes differently and has different resources but we all control what we say and it is our duty to minimize harm to each other. Thinking back I wish I could have said something to the school when I was being called names, to change the fact that being called a beaner is now an integral part of my childhood memories. I try not to let the word “beaner” define who I am. Instead, I create and cultivate my dreams. I don’t drown myself in self pity over being a person of color, instead I proudly own it because if I didn’t then they’ve stripped me of who I am—a Latina.

If you’re searching for ways to get involved in your community you can join protests, educate those around you or put up signs in your yard.  Help others see how racism affects people of color. . .