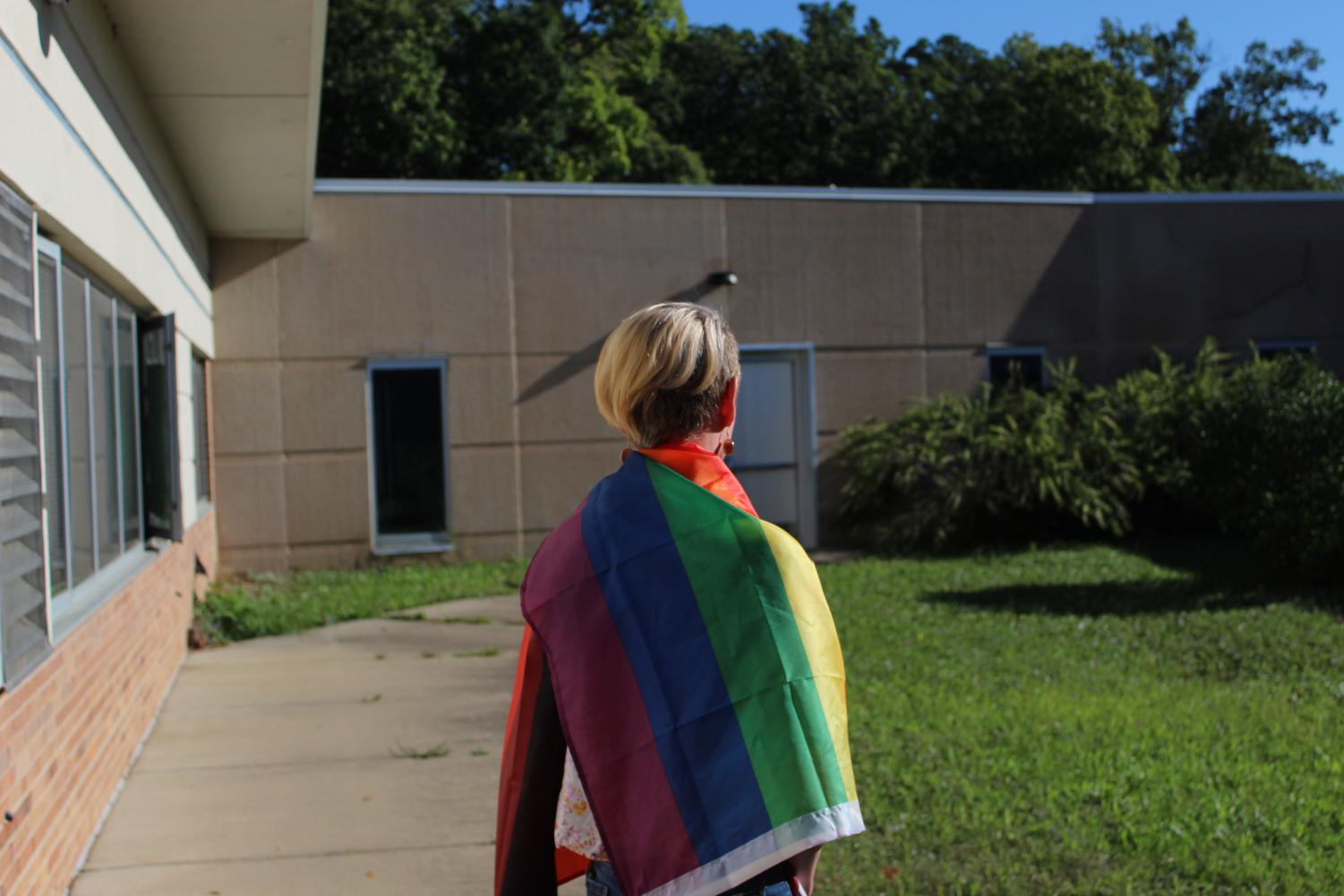 Nonbinary students share their experiences and frustrations and desire discussion

They don’t really know how to describe it.

It’s like a mispronunciation, being called the wrong name, but it’s not. It’s an achy feeling. It’s gross like a layer of sweat that you want to wipe off.

But you can’t, because it’s not really there.

It’s a feeling that Kate Borgstrom (12), who identifies as nonbinary and uses they/them pronouns, has felt every time they are misgendered, and one that they’ve had to learn to live with.

And Borgstrom is not alone—one in four lesbian, gay, bisexual, transgender plus (LGBT+)  youth identifies as nonbinary, according to the Trevor Project, a LGBT+ youth advocacy and support group.

For Borgstrom, being nonbinary means not falling under male or female gender identities. However, they don’t consider themselves genderfluid, where their identity changes over time. And genderqueer functions as an umbrella term for people do not identify as male or female, but as something else.

Borgstrom began identifying as nonbinary in their freshman year, when they were struggling more with themselves, especially being new to high school. But with support from their senior friends, they found a label that fit them.

“A lot of them were like ‘have you heard of this option,’ and I was like no,” Borgstrom said. “I didn’t know there was another, or multiple [genders/gender identities], more than two, and they’re like yeah, you keep describing yourself as not either.”

While Borgstrom learned about various gender identities through their friends, many students at ELHS learned through freshman-year health class.

According to health teacher Terri Cregg, topics of identity, pronouns and gender could be talked about and taught in class as of changes approved three years ago. Gender identities are reviewed and defined during the class as part of the class vocabulary. While the curriculum is limited by what is approved by the district Sex Education Advisory Board, Cregg believes they do the best they can with what is approved.

“There is always room for improvement, as with any subject area,” Cregg said. “We want all our students to be represented in our curriculum and materials.”

Borgstrom has not taken the health class, but is appreciative of how the health class is trying its best. However, they are still skeptical about how long the section is, based on their experience in prior health classes. Still, they believe that teaching inclusivity doesn’t need to be limited to health class.

“[Even] outside of health class, I definitely think there should be something in there,” Borgstrom said.

They would specifically like it if English classes did a short lesson on pronouns, or if science or health classes talked about how gender is not set in stone and that people can move between identities and pronouns.

This desire for more discussion is shared by Keaton Kribs (10), who also identifies as non-binary. Kribs is newer to identifying as nonbinary—they have been for several months after doing some research on different gender identities trying to find one that fits.

“I’m still not 100 percent sure that I’ve found the right one yet,” Kribs said. “But it feels good for now, so I’m just kinda going with it.”

They agree that it would be “super helpful” to have a lesson on pronouns in English, because many students don’t care enough to do research on their own time. but they also feel like the school could benefit from a gender studies class, as an elective for people who are interested.

“They could really take a deep dive on stuff like that,” Kribs said. “I think that’d be really cool.”

Both Kribs and Borgstrom would also like if other classes were more inclusive. And this inclusivity is not limited to gender— both expressed that they would like it if there was more discussion about other LGBT+ topics overall, such as sexuality. Whether by using more inclusive language in questions, covering LGBT+ history, having more books that are inclusive and/or written by LGBT+ authors and having more discussion in relevant classes, change is desired.

“Honestly, and I’ve only really been at the high school for a little bit, I haven’t seen discussion about LGBTQ stuff in any of my classes,” Kribs said. “Some of them, like, make sense, because like it wouldn’t really come up, but there hasn’t been anything in any of the history classes or anything like that.”

Kribs was happy to see that many teachers are now asking for pronouns, and was happy with the survey given during Excel, which asked for student’s pronouns. And they were glad to see their teachers putting in effort to make sure they didn’t just know names, but pronouns as well.

“[Science teacher Heather] Mueller did a really good job. She’s really good about pronouns and inclusive language and stuff like that,” Kribs said.

Kribs has found that most students aren’t opposed to genderqueer students and respecting pronouns, but that they either don’t understand what being non-binary means, or don’t do anything to make sure they’re accommodating.

I don’t think this year I’ve been asked my pronouns by anyone other than a staff member here.”

Kribs has been misgendered as Borgstrom has, primarily by students, but usually doesn’t think it’s a big deal as long as the mistake isn’t repeated multiple times, especially after a correction. Their main problem is that people tend to assume their pronouns, something that other non-binary students have experienced as well.

“People I don’t know very well use like, he/him pronouns for me because I do still kind of portray like on the more masculine side of non-binary,” Kribs said. “But other than that [misgendering] hasn’t really been that bad at school.”

To fix this issue, both Kribs and Borgstrom expressed that they would prefer if people started using they/them pronouns as a default for strangers, especially since how one presents does not necessarily reflect their pronouns. And people they do know should use correct pronouns for them. However, Kribs does understand that it can be difficult for people they don’t know.

“I actually misgender myself a lot of times just cause I’m really used to it,” Kribs said. “But yeah, I know it’s hard, so I don’t get angry about it.”

Ultimately, Kribs and other non-binary students want their peers to understand them and their experiences, and to start talking about gender in order to create a safe and welcoming environment not only for them, but for people who may be questioning their own gender.

“Like when I’m at school I feel very judged by like everybody here,” Kribs said. “You know, but like with friends and stuff like that, I feel like I can really just be myself, and not have to worry about what people think.” 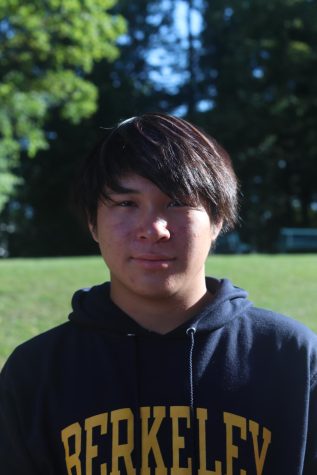